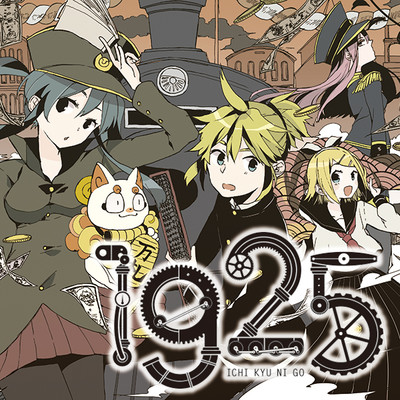 Tokyo in the Taisho Era, when Japan made a strong move towards modernization. Len, the eldest son of the Kagurazaka family, wants nothing more than to prevent his sister, Rin, from entering an arranged marriage. As a last resort, he goes in search of the urban legend of a ghost train that will grant any wish. Not only does he find it, but in order to grant his wish, the train's conductor, Miku, charges him an incredibly high amount of money...?! Chiho, the artist behind the original visuals, makes her manga debut in this manga adaptation of the song known for its mournful melody, atmosphere, and fun word-play!!