This is the Happiness and Peace of Mind Committee. 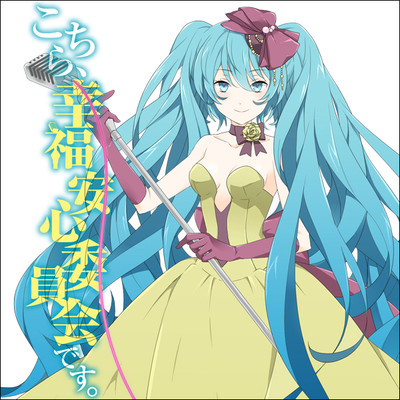 Siren is the absolute queen who administers the state of lakeside park city, which boasts a 99.9% safety and happiness rating. One day, one of the Ondine, the information terminals born from her, gets lost and helped by an uncouth boy named Len Kinami. Ondine feels a wamrth from Len, who complains as he pulls her hand along, but that emotion flows in to the queen, who becomes bewildered by the unknown feeling! "Happiness is our duty." The addictive song that has been replayed a double million times, brought to you by the pioneer of Miku trance, Utata P, has been comicalized, based on the novel written by Tory Hitsuji!!